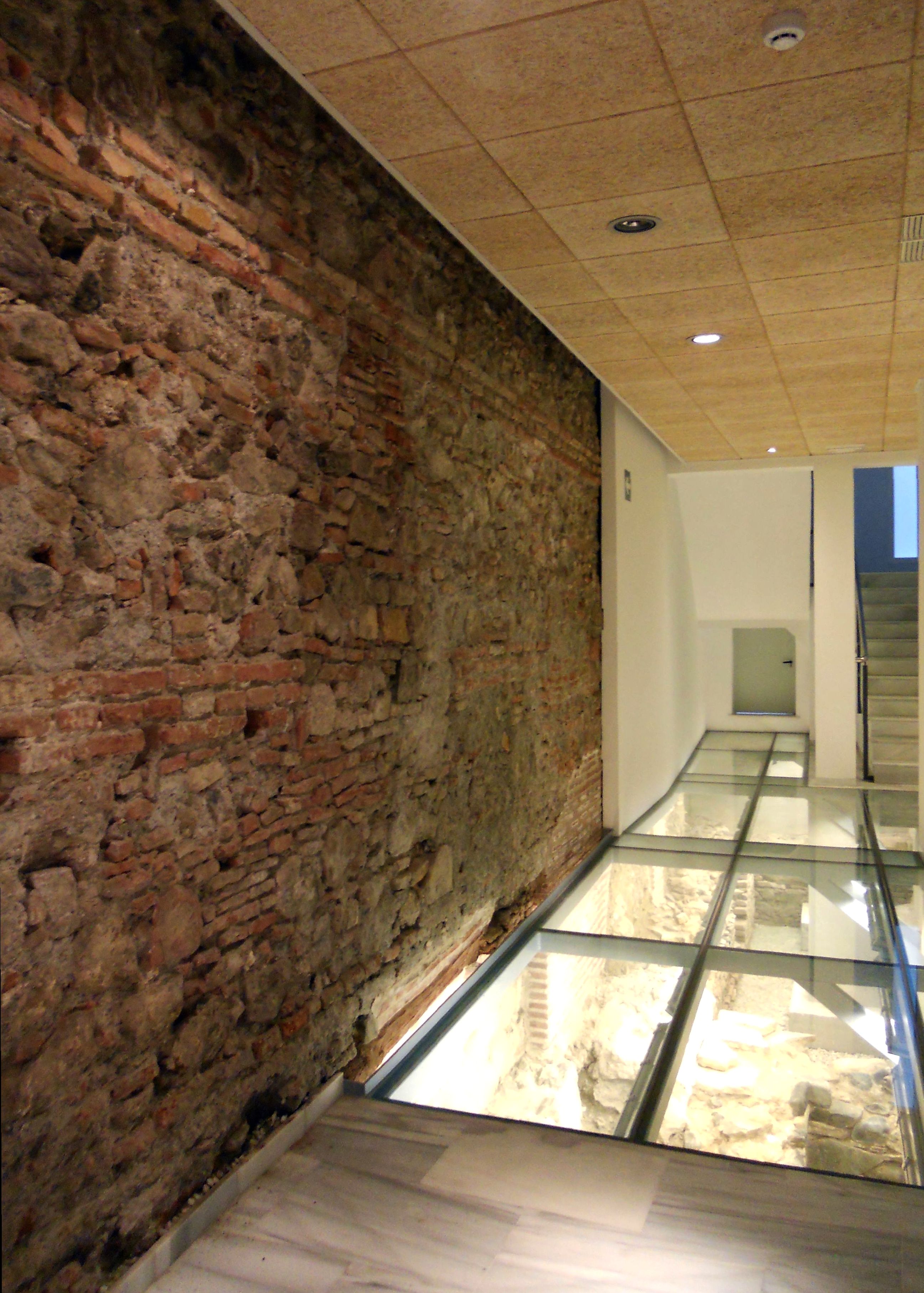 During the renovation of the Palacio del Conde de las Navas, now the Museo Interactivo de la Música, more than 16 metres of the medieval wall, that make up the northern party wall of the current building, were identified on remains of Roman occupation from the 3rd-5th centuries.

The original work of the medieval fence, dating from the 11th century, has lost its outer facings, remaining only the core of masonry in which stones and brick remains were used.

A new defensive structure was built over the remains of the previous wall during the Almohad period (12th century), part of which has survived in this rear courtyard of the Palacio del Conde de las Navas.It is a concrete formwork of lime and gravel, plastered on the inside with a thin layer of mortar.

Finally, a fragment of a taped masonry structure can be seen embedded between the remains of the previous wall and the party wall of the rehabilitated building, recognized as belonging to the reform of Yusuf I (14th century). 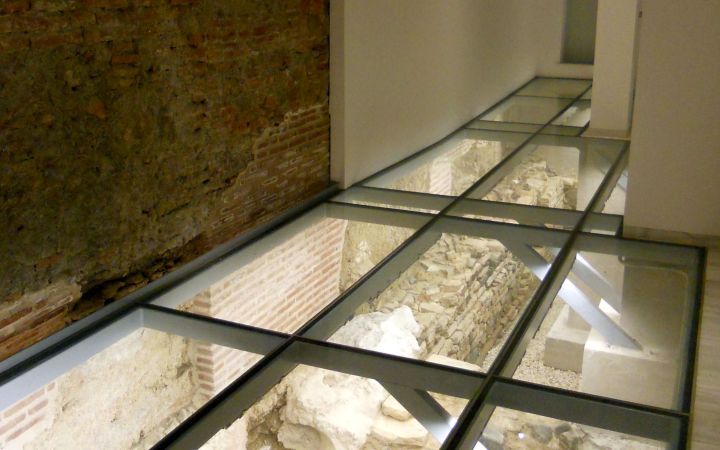 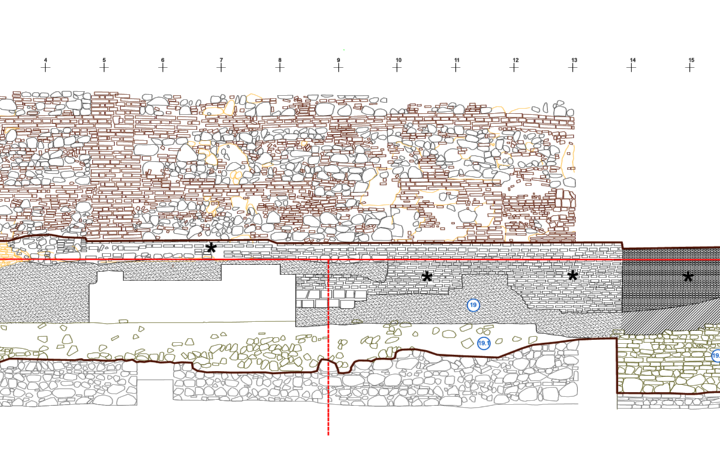