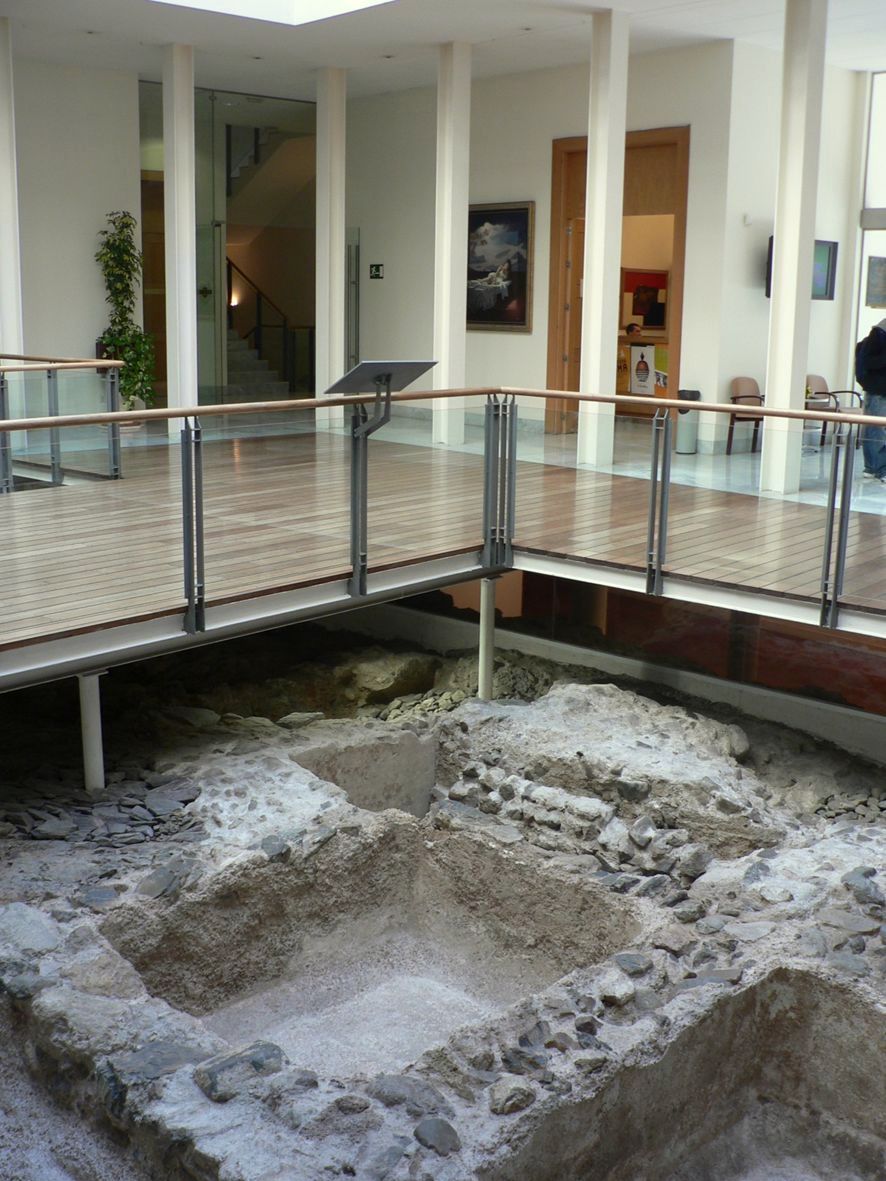 On the first floor of the Rectorate of the University of Málaga there is a salting factory from Roman times, for the production of fish sauces and garum. The basins were plastered with water-repellent material “opus signinum” and could be covered with wooden roofs and tiles on columns installed at the corners of the pools.These installations demanded a large amount of water, although the pipes that supplied it are still unknown.

The successive layers of fish and salt produced a fermentation that transformed the product into an exquisite sauce, which was considered one of the most delicious flavors of the Roman Empire, and was in great demand, being one of the main export products.

The salting pools were all over the city of Málaga in different Roman times. The integrated set belongs to the latter period, between the 3rd-5th centuries, with maximum exploitation from the 4th century, when the decline of Gades and the Circle of the Strait takes place.

The discovery of this factory, together with other known points and written sources, suggest that the entire slope of the Alcazaba to the north of the Rectorado would have been covered with basins, forming terraces adapted to the orography.

After amortising the imperial forum, late Roman Malacca seems to have articulated its urban fabric around a series of villas that dominated the salted fish industry.

This factory, after falling into disuse, was amortized by the construction of the Muslim wall that can be seen in the basement of the building.

The excavations were performed between 1998 and 2002 during the adaptation of the old Post and Telegraph Building to become the current Rector's Building.